Charleston is Not a Monolith

When you hear of Charleston you probably think of the peninsula; Downtown Charleston gets all the attention and accolades, while the surrounding areas of charleston County seem to get left in the dust. But one of the great things about Charleston that makes it so unique is the different atmospheres available on the surrounding islands that make up Charleston as we locals know it. Mostly within a 20 minute drive from downtown, each stop offers its own individual take on the salt life and good vibes that continue to drive us to be the #1 destination in the US, and sometimes the world. Staying downtown can be a bit pricey, too, but luckily you can stay in any of the surrounding areas and still enjoy the Charleston you’ve heard so much about.

James Island: A personal favorite of mine, James Island used to be nothing but families and family vibes. With the growth of the city, the demographic has changed quite a bit and James Island is the hot place to be. Still boasting old school neighborhoods where kids play in the street, the main roads of James Island offer something a little extra for the adventurous soul. Located 15 minutes from either downtown or Folly Beach (ok, let’s be real here, a drive to Folly Beach can take an hour even if you ARE only 1 bridge over), James Island is home to many fun venues including the Charleston Pour House, Wild Blue Ropes, and Charleston County Park.

The Pour House (called the PoHo by its regulars) offers free deck shows every evening, typically from 6-9pm with doors at 4. Kids are welcome at these deck shows and more often than not you’ll see whole crews of them dancing in front of the deck stage or sharing food at one of the many tables set out back. You’ll notice a vibe change around 8pm when people start showing up for the main stage show and drinks flow a bit more freely, but that’s past your kid’s bedtime anyway. Wednesday night is the standing Dead on the Deck Grateful Dead Tribute by The Reckoning, a hippie hangout that hosts some farm fresh purveyors of locally grown crops. Sundays start bright and early with free yoga on the deck, followed by a lively stage show during the Farmers Market out back. Of course every show that comes through the main stage is cause for celebration; from the national acts to the local guys we all know and love, taking in a show at the PoHo makes you part of the family, and family life is good. There is a Cuban food truck out back to order food, or The Lot restaurant attached if you want a sit-down style meal.

Directly across the street (albeit, a busy one) is Maybank Public House and their amazingly indulgent fare, The Terrace Theater which serves wine and beer and shows big name movies as well as indie/independent flicks on one of its 5 screens, and Bowties with their throwback jazz bar concept and $4 burger happy hour. A quick trip down Riverland Drive will land you at the County Park with its giant climbing wall, paddleboats, 2 seater bikes, dog park on the lake, and miles of trails and fields. If you have kids, the playground has something for every age and shaded swings to sit your tired parent self on. Camping is available in cabins or primitive style, and the park typically has some sort of festival or event happening every weekend in the summer. On the other side of James Island, you’ll find Wild Blue Ropes, Charleston’s premier high climbing ropes and outdoor adventure park with 72+ obstacles, some up to 35ft in the air. There is something for almost every age and skill level. Children must be at least 5 years old.

West Ashley: West Ashley is a very large part of town which could be broken down into numerous smaller entities, each with their own vibe. On 17 you have the Avondale strip which boasts local restaurants, bars, hair salon, massage parlor, clothing shops and a grocery store all within a city block and walking distance from the nearby neighborhoods. On the other side, down 61, you’ll find all the old world plantations like Drayton Hall and Middleton Place, as well as Cypress and Magnolia Gardens. West Ashley is home to Charlestowne Landing, the site of the first English settlement in Carolina, which has a natural habitat zoo and a 17th-century replica sailing ship. West Ashley also offers numerous bike trails which weave behind the main veins of the area; the Greenway is 10.5 miles long and runs through West Ashley to Johns Island.

Johns Island: Speaking of Johns Island, did you know it is the 4th largest island on the US Eastern Seaboard, and the 10th largest island in the US? At 84 square miles this mostly untouched island still maintains the rural feel of old Charleston. Many of our homegrown local farm products come from family farms located on Johns Island, including Rosebank and AMbrose farms. Here you will find you-pick ventures and CSA’s. Home of the Angel Oak, one of the oldest trees East of the Mississippi, Johns Island is a must see for nature and boat enthusiasts alike. Right off Bohicket Marina, where you can rent a boat to captain yourself, you’ll find a not-so-secret inlet that houses a bald eagle’s 6 ft nest high in the trees across from a island bank famous for the dolphins who strand feed there. Driving through Johns Island is the only way to get to Wadmalaw, a must see beauty of an island often included with Johns Island. Here you’ll find Charleston’s only vineyard, which also houses a distillery. Stop in, take a tour, and sample the wares; every Saturday is Wine Down Weekend. Across the island be sure to take a tour of the Charleston Tea Plantation, North America’s only tea factory.

North Charleston: Once nothing more than the business district, North Charleston is booming these days thanks to little pocket neighborhoods like Park Circle, recently named one of the hippest up-and-coming neighborhoods in the US, a hipster paradise. The lively scene down East Montague offers a little bit of everything, from multi-genre music house The Sparrow, to Americana eats at Iron Dog Deli, to cultural food choices including Vietnamese and Southern cuisine, to art galleries and wine walks. Down the street a bit is Riverfront Park, the large open air amphitheater situated on the Cooper River which offers up breathtaking views in addition to carefully curated sound and art installations. 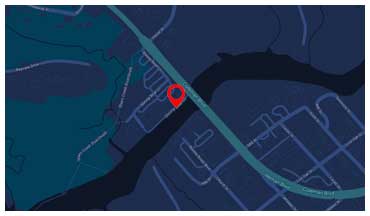